Apparently, the new time-line for the DC Universe following the changes brought by John's DOOMSDAY CLOCK and Lobdell'S Generation Zero: Gods Among Us leaked somewhere. DC will be attempting to make good on their promises and make "everything" canon. They'll be five generations going further, with the fifth and last one being the upcoming one that will see most of the iconic characters replaced by new creations. 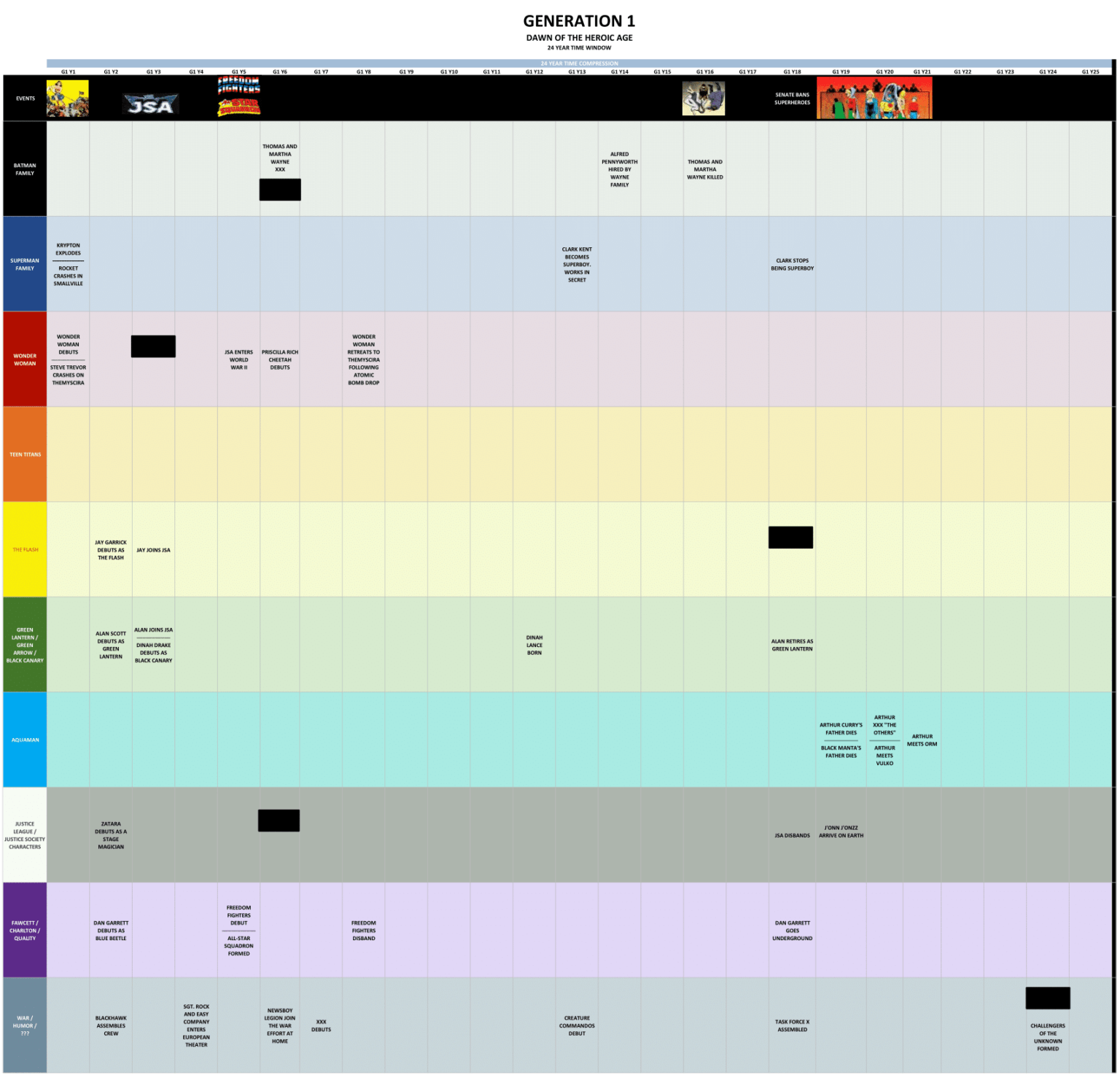 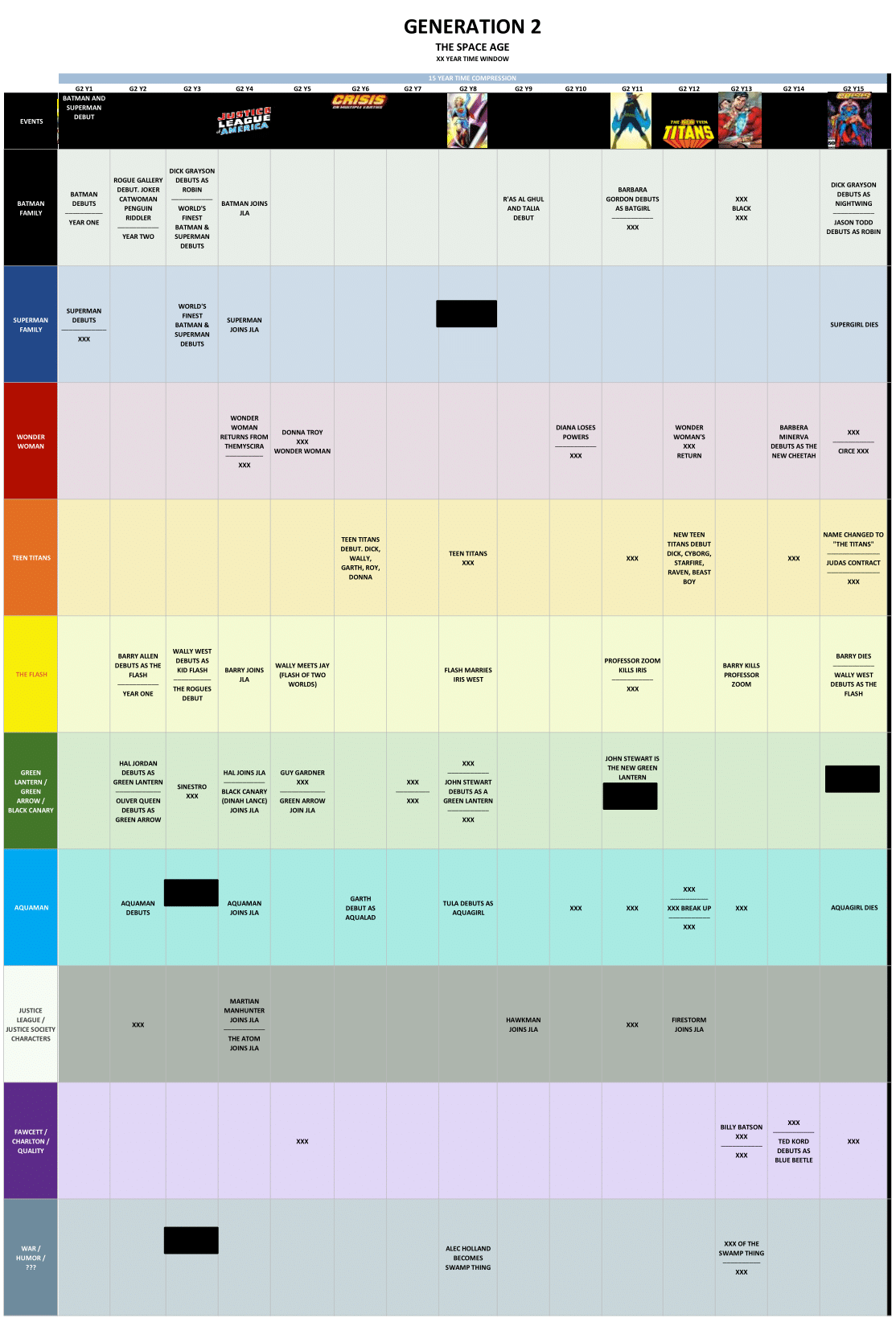 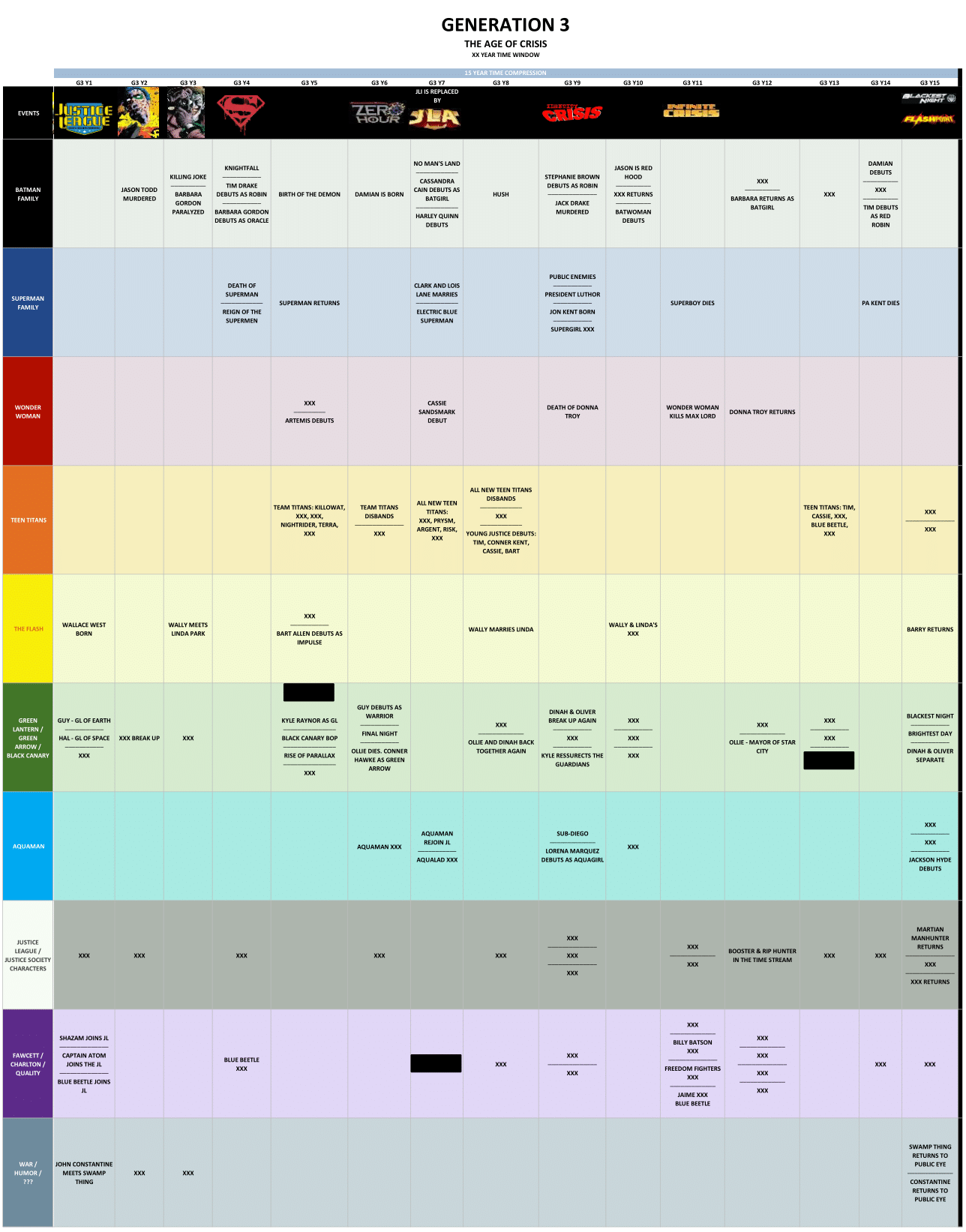 What does this means for us fans of Wonderbat? For one that the bronze age Brave and the Bold stories featuring them and Kelly's JLA as well Rucka's Blackest Night: Wonder Woman are canon again. Hopefully.
0 x
Top

Don't worry, this will all get thrown out soon. They always do.
0 x

How is this even supposed to work? So do the characters age or will they just ignore it? I just don't understand what's even the point of attempting something like this. Just go back to Post-Crisis with the liberal peppering of Pre-Crisis events added simple.

DC is so dedicated to not wanting to admit that the New 52 was a bad idea they're bending over backwards to present that everything is ok.

DC is just something else all this will most likely be disregard but it is an interesting look into what Dan was planning and how twisted his mind was. It's probably why they sacked him.
0 x
Top

Lee is a little bitch and he’s gonna bitch it up ‘til the day DC goes under. He won’t even get fired over this. Just another reason in a long ass list of why he shouldn’t be in the industry.
0 x

Return to “Other Comics”

Users browsing this forum: No registered users and 5 guests