This video talks about how the news (on both sides though the left controls way more of the mainstream media) thrives of this division. Also a good video because your hearing from both conservatives and a progressive. I found it interesting and it made me think which is rather refreshing:

Just another little thought. Everyone makes mistakes but the most successful people admit it, learn from them and move on.
0 x
FU DC
Top

Hollywood's identity crisis: Actors, writers and producers warn of 'reverse racism' in the film industry which has created a 'toxic' climate for anyone who is a white, middle-age man


A revolution is under way. White actors are being fired. Edicts from studio bosses make it clear that only minorities – racial and sexual – can be given jobs.

A new wave of what has been termed by some as anti-white prejudice is causing writers, directors and producers to fear they will never work again. One described the current atmosphere as 'more toxic than Chernobyl', with leading actors afraid to speak out amid concern they will be labelled racist.

Peele is more vocal than most about his hiring policy, but his outlook is increasingly widespread. Dozens of producers, writers and actors have spoken to The Mail on Sunday about the wave of 'reverse racism' pulsing through the industry.

speaking on condition of anonymity, the executive confirmed that the climate is now toxic for any 'white, middle-aged man in showbusiness'. Their careers, 'are pretty much over'.

They continued: 'We're only hiring people of colour, women or LGBT to write, star, produce, operate the cameras, work in craft services. If you are white, you can't speak out because you will instantly be branded 'racist' or condemned for 'white privilege'.

Oh no! Who could have possibly seen this coming?!

An actor in his 50s who has worked on some of the biggest shows of the past 20 years described how, during a recent audition, the casting director told him he was 'perfect for the part' but that they had been instructed to hire 'a person of colour' for the role. 'I get it, I really do,' the actor said.

'I understand Hollywood still has a long way to go before people of colour are properly represented on screen but how am I supposed to pay my mortgage, put food on the table? Everyone is terrified. And you can't say anything because then you set yourself up for public crucifixion.'

Well, tough tities. You just agreed to their moral values right there. You have no right to complain about anything. Guess you'll just have to learn to code or something.


Dismissing such complaints, however quietly expressed, Selma director Ava DuVernay, now one of the most powerful black women in Hollywood, wrote on Twitter: 'Everyone has a right to their opinion. And we – black producers with hiring power – have the right not to hire those who diminish us.

'So, to the white men in this thread… if you don't get that job you were up for, kindly remember… bias can go both ways. This is 2020 speaking.'

That sounds perfectly noble and not at all vengeful.


It might seem an irony, then, that Hollywood has long been seen as the heart of liberal America. Leading figures from the industry have a reputation for lecturing the world on issues of human rights, diversity and the environment, from George Clooney's campaign to end the genocide in Darfur to Leonardo DiCaprio's missives on global warming.

But 'wokeness' is not only increasingly pervasive, it seems impossible to navigate. Killing Eve's Jodie Comer – celebrated for playing a bisexual assassin – last week faced intense criticism on social media for dating US sportsman James Burke, said to be a card-carrying Trump supporter, solely on the basis that he supported the President.

And Halle Berry had to apologise for 'considering' taking on the role of a transgender man in a forthcoming film project (instead of leaving it to a real transgender man).

Such is the culture shift that one studio is now preparing to shoot a film with an all-black cast and crew – a project which should normally give cause for celebration.
But when a white woman, a highly respected executive, was tasked to 'oversee' the production on location, she was told she would receive no on-screen credit.

Imagine that, now that it's finally biting them in the ass, now it's problematic. Back when normal people were suffering the same and worse, it was just treatment for bigots.


'We're sending this woman, who is brilliant, to run things on the ground. But she won't get any title credit. People won't admit it, they can't admit it, but reverse racism is definitely going on. You could argue that it's a good thing, that this swinging of the pendulum so far the other way is only fair after years of white privilege. But at what cost? Surely it is best for everyone if people are hired on the basis of talent and ability? I can tell you, we are hiring people based purely on their ethnicity, gender and social-media profiles.

Oh, now meritocracy is a good thing? Now it's not just a code word for alt-right capitalism?


... And so on and so on. This became a dead horse beating multiple paragraphs ago, but I just can help it. The Schadenfreude is just to sweet.

To be clear, on matter of personal principle, I do not agree with what's happening, but I do revel in these people getting hoisted by their own petard, which is justice of its own kind, in a way.

I'm only truly sorry for people like DJ's husband who are going to be caught in the crossfire, through no fault of their own.

I agree with you 100% here. These idiots shouldn't be complaining since this is what they were pushing for the entire time...only now are they realizing where it's leading and changing their tune. Just the use of the term "reverse racism" tells you all you need to know.
0 x 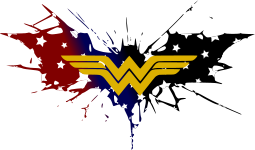 It's funny because it's true
1 x
Top

It warms my heart a bit that for the most part the internet has come together to recoil in horror from a movie about 11 year old girls twerking. Makes me feel a little better about humanity in general.
2 x

ofc, hollywood is either silent or defending this piece of trash.

These ofc being the same hypocritical cocksuckers who are leaving LA over the very same things they were promoting not a few months ago.

It was only a matter of time...it's only going to get worse.
0 x

Wonder how long it will take these riot cities to go down the drain like Detroit...

What in the fuck?!

Users browsing this forum: No registered users and 5 guests