Robbie Margot just released a 'teaser teaser' of the Birds of Prey movie, or Birds of Pre (and the Fantabulous Emancipation of One Harley Quinn) movie. 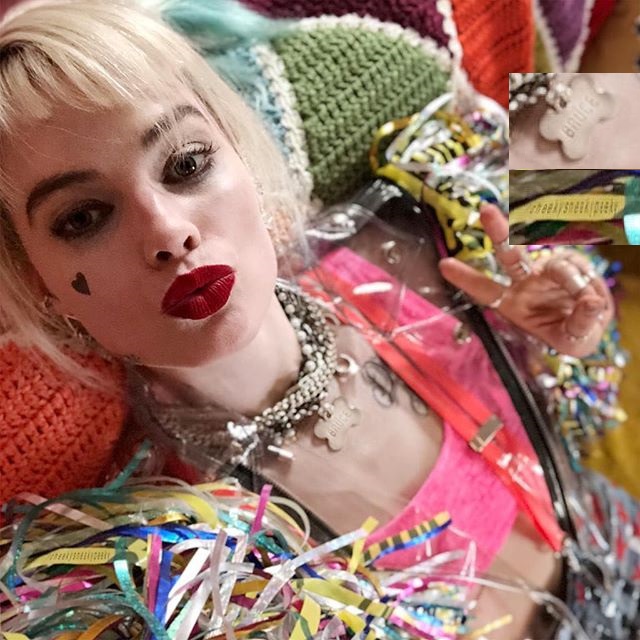 I just don't know what to tell you every time I see something DC related I feel tired. It may be due to the fact that in my mind DC should be doing better. DC has some of the best stories and characters yet this is the best they can do. I just feel so let down and disappointed by DC sometimes, what the hell happened?

But to comment directly on Birds of Prey. I am not impressed. The entire premise is baffling, to begin with, why not Gotham City Sirens? Why is the roster so weird? But most of all why aren't the costumes comic book accurate? I mean they don't need to be 100% accurate but they seem so lazy and relax don't like it.
0 x
Top

You know what ? I'd love this to be true only because of the hilarity that would no doubt ensue as a result. I've said before that I never understood the reasoning behind turning Catwoman into Batman's one and only, solely based on the fact that both characters have had tragic pasts of some sorts as that's such a weak reasoning for a relationship as Gotham is full of characters with tragic pasts. What makes Catwoman anymore special than Poison Ivy or Harley ?

So I can definitely see Robbie trying to steal Catwoman's spot as Batman's love interest away, I mean she's already done the same to Barbara. I can totally imagine the kiss that Harley shared with Batman in Suicide Squad being Robbie's idea. She really wants to make Harley into the biggest DC female character, and this could be her next step. I mean it worked for Catwoman for all these years and she basically has nothing going on for her otherwise, so I'm sure Robbie sees how beneficial having Batman in her pocket would be. But that's all speculation. Bottom line is, this sounds like something Robbie might push for, but I think it would be very difficult to pull off considering the circumstances, but I'd love to be proven wrong, Anything that throws a wrench in BatCat is always welcomed in my opinion.
0 x

Maybe that rumor that Jason Todd in the DCEU did replace the original joker and was a metaphorical death is accurate. That would mean that it would be okay if Harley and Bruce had a fling not only with her but with Ivy and catwoman as well maybe talia too. We are just seeing the Bruce who was private and had enough with the crazies until a certain amazon showed up and maybe he might be attracted to her and she with him. That would really burn up the bat/cat shippers and would make the dceu a redemptive for me especailly after seeing aquaman which was awesome. I hope they learned just because batman is dark the other characters shouldn't be
0 x
Top

I’ve not been a fan of Birds of Prey including Harley or Ivy. They are villains and should remain that. Sirens is find. And I’m fine with Catwoman walking both.

Harley or Ivy don’t fit that mold. Their villains and should stay that way. Sympathetic villains maybe, but not heroes
2 x
"If everyone is thinking alike, then somebody isn't thinking." -Patton
"A people free to choose will always choose peace. "-Ronald Reagan
"...law is often but the tyrant's will, and always so when it violates the rights of the individual."-Thomas Jefferson
Top

Apparently, the movie is largely being ignored
0 x
Top

Movie keeps changing its title which is an unintentional funny metaphor for how the movie itself can’t seem to decide what movie it wants to be. On one hand it wants to be a black comedy Deadpool female movie and on the other, a gritty crime drama from a feminine perspective. It wants to emphasize its a film about woman independence, but seems to also want to ride on the coattails of the Batman and Joker mythos. In other words film can’t decide if it’s a Harley Quinn movie or a Birds of Prey film.

Would’ve been better just a Harley Quinn film and Birds of Prey already formed and are a special guest star character like Cable in Deadpool 2.
0 x
"If everyone is thinking alike, then somebody isn't thinking." -Patton
"A people free to choose will always choose peace. "-Ronald Reagan
"...law is often but the tyrant's will, and always so when it violates the rights of the individual."-Thomas Jefferson
Top
Post Reply
8 posts Page 1 of 1