When this animated movie was announced i feared this exact outcome: that it'd be set in the awful, awful 'DC ANIMATED MOVIE UNIVERSE' set of movies. Because their version of Wonder Woman, even discounting her past stupid relationship with Superman, is awfully characterized.

Welp. Guess that fear now is a reality. 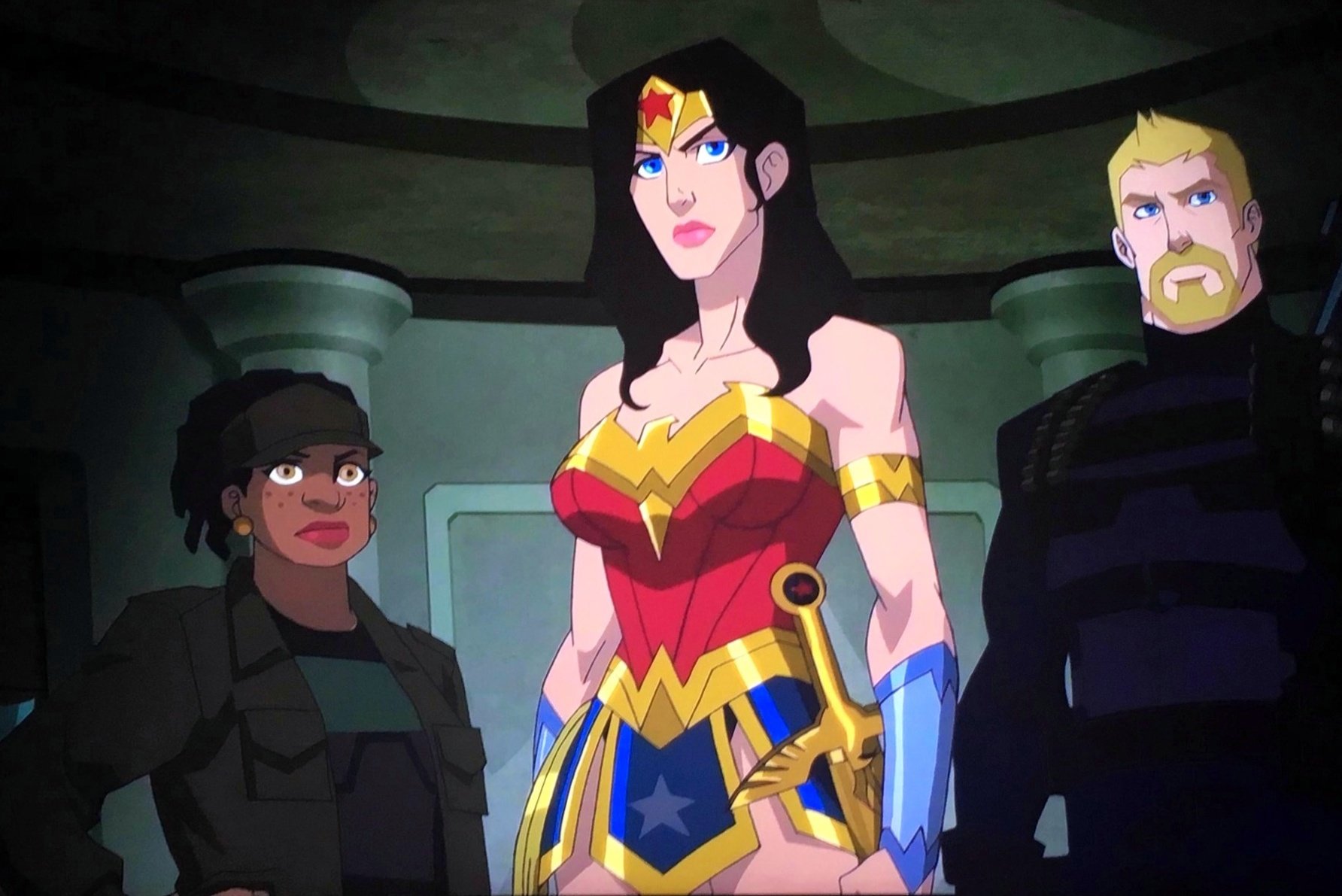 And sure, Bourassa won't be able to work on this animated movie because he's too busy with YOUNG JUSTICE, and much like DEATH OF SUPERMAN/REIGN OF THE SUPERMEN and HUSH she'll eventually lose her New 52-inspired costume to adopt a more "classic" one in the course of the animated movie, but it's still taking place in the DCAMU and she will still be voiced by Rosario Dawson.
0 x
Top

The artstyle doesn't resemble the N52 based Animated movies it seems, so I'm surprised to learn that the movie takes place in that same continuity. The designs are clearly based on Greg Rucka's Rebirth run (black Etta, Goatee'd Steve), even though the "Bloodlines" name would indicate that it's based on Azzarello's N52 run.

I'm honestly liking the character designs. Diana doesn't look like a generic white lady. She has a long face and a prominent nose, giving her a vaguely Mediterranean look, which I think is far more appropriate for Diana's character. That's a stark difference compared to her usual N52 inspired design they used in the past movies.

The movie will apparently feature Villainy Inc. so that's awesome. Cheetah, Dr. Poison, Silver Swan, and Giganta have been confirmed to appear in the movie, which is awesome. Giganta is one of my favorite WW villains, and Silver Swan is an exciting choice as she's not a villain that get a lot of attention usually. Honestly, aside from the attachment to the N52 animated universe, the movie looks and sounds fine. It remains to be seen what the end result will be of course, as they could always shoehorn more SMWW reminiscence in this movie too.
0 x

Black Etta Candy, Goatee Steve Trevor, and ARGUS were creations of Geoff Johns in his JUSTICE LEAGUE run. The same Goatee Trevor appeared before JUSTICE LEAGUE: WAR, JUSTICE LEAGUE: THRONE OF ATLANTIS, and probably somewhere else. I stop watching some of them after a while.
But yeah, you can expect some SMWW reminiscence. It happened in DEATH OF SUPERMAN and REIGN OF THE SUPERMEN. Not to mention Wonder Woman acting like skirt-wearing Kratos.

Those are my only problems with the movie. The adherence to the DCAMU continuity. Specially because the producers and writers handling such movies rarely have good ideas.
0 x
Top

Animation style kind of reminds me of the Batman Unlimited films. And I know it's set in New 52 verse but Rosario Dawson's voice is not really doing it for me. Everything else looks great, though!
0 x
"Garlic deodorant. Jason says it wards off vampires up to ten feet away." - Black Canary

I like Diana's new design. Otherwise, I don't really have much of an opinion on this. Hope it works. WW deserves a good movie, although I'm surprised they're dipping into Diana's origins once again.
0 x

Yeah still not a fan of Rosario Dawson voicing WW. Something about how she voices her just seems off like she is too harsh. I like Jeffery Donovan doing the voice of Steve. He may actually make Steve seem interesting. It does seem like they are covering a long period of time in this movie. Probably each act will jump forward in time.
0 x
FU DC
Top

I still have no faith in it for the mere fact of being tied to the DCAMU. You can't just brush off this version of Diana terrible past characterizations and i doubt it will be brushed off because they sorta feel proud of it. Remember that dinner scene from REIGN OF THE SUPERMEN that felt like the writers and producers using Diana as their voice to complain about the criticism levered against their characterization of her and the SMWW romance? So i doubt she'd be any better in here. Speaking of SMWW i'm also expecting a lot of reminiscing about it. Probably with Steve Trevor feeling bitter or insecure about losing Diana to Superman before

The only real plus are the new art-style, new costume, and the classic rogues, but that's very little in the grand scheme of things.
0 x
Top

Sooo, I'm guessing no one's gonna comment on this one? Can't say I blame you, this movie was...not particularly good.
0 x
"Garlic deodorant. Jason says it wards off vampires up to ten feet away." - Black Canary

I just don't have the heart to see it. I know that i'd get disappointed and angry, and that it'd have ruined my whole day if not week.
0 x
Top

From what I can tell this movie seems like more of the same, uninspired and bland. I won't be seeing it and I hate the animation style and the voice acting. I just hate it.
0 x
Top
Post Reply
11 posts Page 1 of 1

Users browsing this forum: No registered users and 12 guests