Today marks ten years since the release of the first groundbreaking Batman game. Therefore, all others that came before about him utterly fail in comparison even though I really enjoyed the side-scrolling Adventures of Batman & Robin for the Sega Genesis. I've gotten this game more than once and got one shirt which I have on right now that I picked up years ago when the game was hot on the shelves and I got one Funko figure that I see everyday on my table along with the other Batman things.
I've also lost count of how many times I've beaten it which I plan on doing again tonight. I'm a PlayStation man so I got every single trophy, too.

So let's celebrate! Favorite or least favorite thing about the game? Anything personal that you think could've been done better? I think the insignia on his chest could've looked better and I do agree that a few of the boss fights involved with the Banes who are juiced up on the Titan formula are repetitive. Joker does it to himself and it's a little different and I get the complaints, but honestly, this hardly bothered me.

Scarecrow Nightmares are my favorite things. Some of the music is nice like the piece where you glide down to the mini Batcave. Bruhhhh!
Predator/Combat challenges are great. Having Oracle as support is great. DLC is great. Ivy and Croc are fine. Picking up interview tapes and Riddler trophies, discovering secrets, etc. are thrilling. Detective Mode is awesome. Gadgets are cool. Harley's outfit could've been changed later on. Gordon's voice threw me off the first time I heard him because it sounds so weird. Didn't mind having his suit get damaged as you progressed, but it would've been nice if you could swap that out for a spare.
I mean he built a cave on the Island.

Ya'll know what my favorite lines are? "I'm fine. I eat punks like these for breakfast."
"What is it now? Two-Face? Riddler? Some kind of giant Joker robot?" 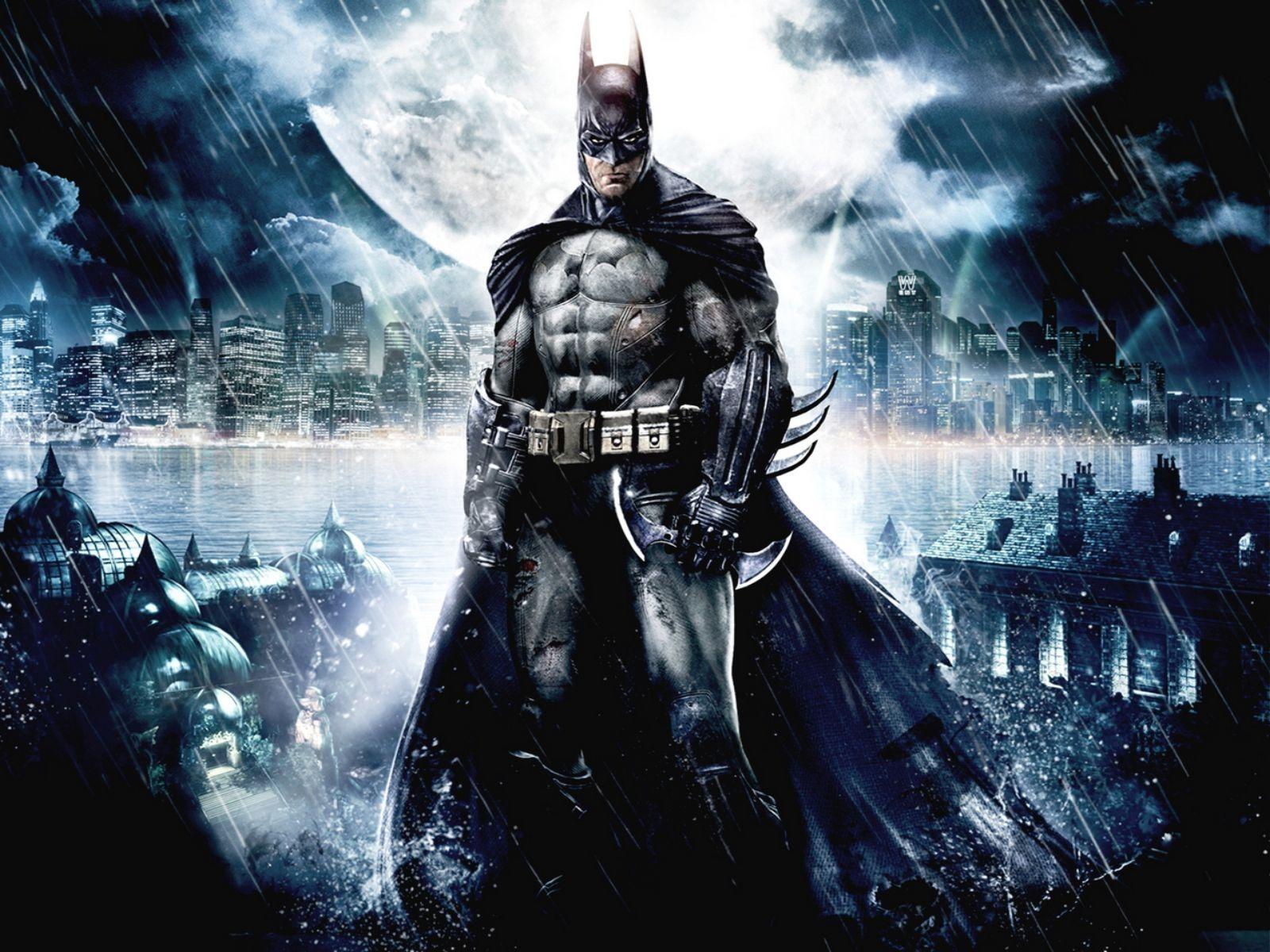 The graphics, lighting and art design were one of my favourite features of the game.

I especially liked some of the scenes where I placed batman with the moon behind him.
The shadows cast over his face made him look legit menacing.

The physics were a bit of a bitch at the time, if you didn't have an nVidia GPU at the time and later on the game had some trouble recognizing newer nVidia GPUs.
That said, when it worked it looked outstanding for the time, but PhysX being what it was (and is) the performance impact could be punch in the eye noticable.

I also love how well the game plays with keyboard+mouse. Better than with a controller for me.
One of my favouritw games to replay when i got stronger hardware and better screens.
0 x
Top

YA KNOOOOOW....don't think I've ever been to that ArkhamCare site. Wish it was still up.
0 x

Apparently WB Games Montreal is teasing a new Batman game with the Court of Owls. Snyder retweeted their stuff with some choice phrasing and then quickly deleted it, suggesting he might be involved as well.

Personally, I wouldn't mind another Batman game but I'm not sure how well the Court of Owls would work. They've never really been a major threat in, well, anything, they always get killed off, whether it's Lincoln March, Talon in the animated movie, Ra's al Ghul or whatever.

But who knows, maybe video games will buck the trend.
0 x
"Garlic deodorant. Jason says it wards off vampires up to ten feet away." - Black Canary

I have to say... Asylum that comes with Return to Arkham...I don't know what the hell they did with Bruce's mouth. He looks exactly the same in City even though it was changed here too in the original version but he looked better not that he looked bad in AA. This is awful.

I would really like an artbook for just Arkham Asylum. One has already been released, kinda, but it's combined with City and Knight. The latter took a massive, massive dip in quality and yet it's the one featured on the damn cover.

Damn, I remember playing Arkham City for the first time. Blew my god damn mind as a kid. The game probably cemented my love for Batman, it felt like a naturally continuation of the animated series DC really scored big with the Arkham Series. I don't think the game holds up as good as I remember though. The grappling mechanism is a bit stiff and the combo system while revolutionary is a bit easy. I love the game to death though, never got around to playing Knight but I think its first trailer is a masterpiece I think its called Father to Son.

Oh, man. I had these trailers on repeat and I love City as well even though you're forced to play as Catwoman. I think it's a very fitting sequel.
0 x

Arkham City is the high point of the series in my opinion. The story especially was great, how it effortlessly blends so much different plots and story elements is nothing sort of amazing. Almost every Batman villain is present and accounted for the Ra's bit underground was especially good and the plot twist at the end? Nothing short of amazing but that's Paul Dini for you, one of the best Batman writers.

The Catwoman sections weren't so bad it add some variety to the gameplay. Her segments weren't the best or anything, they were just FINE.
0 x
Top

Yeah. Hate to admit that she doesn't bring the game down like MJ does in Spidey PS4. But then there's the option to leave Batman under all that rubble because it's totally in character for her to do so. Dumb that it's in there but understandable for someone like her.
0 x

Yea, I remember that option but it is a bit of a false option because if you choose to leave Batman under the rubble the game restarts. It would be cool if the game continues and someone else saves Batman.
1 x
Top

I don't want another Batman game because of what's been going on in his comics. This kind of fuckery shouldn't be allowed to spread. These constant rumors from a studio who trashed the Arkham name with unfixed bugs (my save file got corrupted) and even Rocksteady didn't want Dini back for their last entry and it ended up being shockingly bad.
However, I'd love to play as Bruce's actual daughter that is Cassandra Cain. She'd be my second main apart from Bats.
0 x

I doubt any Batman game will take that much inspiration from the comics especially recent comics. Recent romour seem to point to a new Batman game coming soon, a reboot of sorts.

I'm kinda excited the one think I'm hoping for is new traversing mechanics. I hope Batman can swing around Gotham as that's how he actually gets around the most in the comics. The Arkham games felt too stiff, whenever you grappled onto a surface you had to go up it I hope you can now wing of it or just stop in mid air that would be cool.
0 x
Top
Post Reply
13 posts Page 1 of 1